For the upcoming Travel Meets Big Data hackathon we asked 3 experienced travel industry developers who have won hackathons themselves on why they like and attend such events. 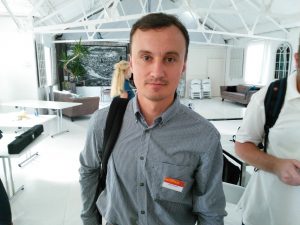 Andrey Belyaev is a senior developer and project manager at DataArt. DataArt’s Travel & Hospitality team helps navigate the complicated, domain-specific systems and inner workings of the travel industry. In spring 2015, DataArt participated in a Tnooz hackathon and won. Andrey then helped with resources and did some brainstorming with the team remotely. He was present at the Berlin Spring 2016 hackathon before the ITB exhibition in Berlin and the DataArt team won the hackathon again. Together with his team he also won the biggest cash prize at a recent travel hackathon in London.

Jakub’s team from Cometari participate in hackathons because they want to meet with developers, designers, architects and business people from the travel industry. “Hackathons are a great place to meet people from the local ecosystem as well as from the industry”, he says. Roomstorm’s founder Maksim’s favourite hackathon is the T-hack, organized by Tnooz. These boutique hackathons are small and industry specific, attracting mostly travel companies and startups.

2. From Skype Avatar to best friend

For Andrey from DataArt, hackathons are a great team building exercise. Developers might find it scary to deal with people and the comforting setup of a hackathon with coding done in teams allows them to interact with each other more easily. Hackathons are also a great way of getting to know your remote team members in person. At his last hackathon Andrey got a chance to work face-to-face with a team member he only knew as an avatar picture on Skype -and thanks to the hackathon they are now really good friends!

However,  good team chemistry is what makes or breaks a hackathon, according to Maksim. If the team works well together, the hackathon will be a great experience, while lack of chemistry will ruin the whole event. 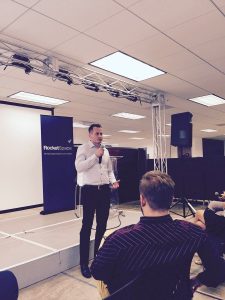 Jakub Hajek, is the founder of Cometari, a company building and supporting software applications specifically for the travel industry. Jakub with his team won more than one prize at the 2015 THack in Hamburg, where they coded a mobile application called Meet Me Halfway. The app aims to allow people scattered around the world, such as old school friends looking for a mini-reunion or members of a distributed business team, to find the most suitable location to meet.

Hackathons are a great resource in generating ideas and innovation, which is why DataArt often send their whole developer team to these events.

One of the main benefits of a hackathon for Maksim is the chance to get to work on real-world problems. Additionally, Andrey finds it exciting when 3rd party vendors provide some interesting data at hackathons, for example something that is just at a proof of concept stage which can then be tested by the hackathon participants.

5. Testing out an idea

At a recent hackathon in Hamburg, the Cometari team developed a nice app prototype in only 24 hours, based on an idea they came up with during their drive to the event. After the hackathon, this idea and the prototype was further developed into a full-blown application called the Halfway App which will be released shortly.

Who doesn’t like prizes? Developers like Maksim are dreaming of hackathons with a prize pool that makes them think really hard about the problem they need solve and he thinks cash prizes are the most straightforward ones. 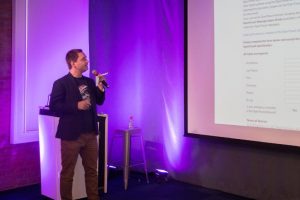 Maksim Izmaylov, a Y Combinator-alumnus, co-founder and CEO of Roomstorm – a company that helps airlines and hotels deal with booking emergencies. He has participated in T-Hacks and won, he attended TechCrunch disrupt and a few other hackathons. Maksim has also mentored and judged multiple hackathons. He also organizes Travel Tech Con, a conference for travel startups, hackers and VCs.

For Jakub, hackathons are a perfect opportunity to get know what key players from the travel industry and developers are working on. This is important also for Andrey, who says that DataArt uses hackathons to discover hot topics and current trends in the IT world.

8. Recruitment and raising a profile

There’s no denying that winning a hackathon, or even just being part of a team that gets noticed, can raise a developer’s profile and open new doors for them. As one of our interviewees said “it would be nice if the CTO of a cool company like Google would see me win a hackathon”.

Coding the whole night through is simply fun, according to Andrey. His company DataArt sends teams to hackathons as a way to provide a nice experience for developers as they tend to really enjoy “hard core” coding.

Maksim, originally a software engineer and now CEO of Roomstorm, does less and less coding and more and more management. That’s why a hackathon weekend is a chance to do what he loves: devote 100% of his time on hard core coding!